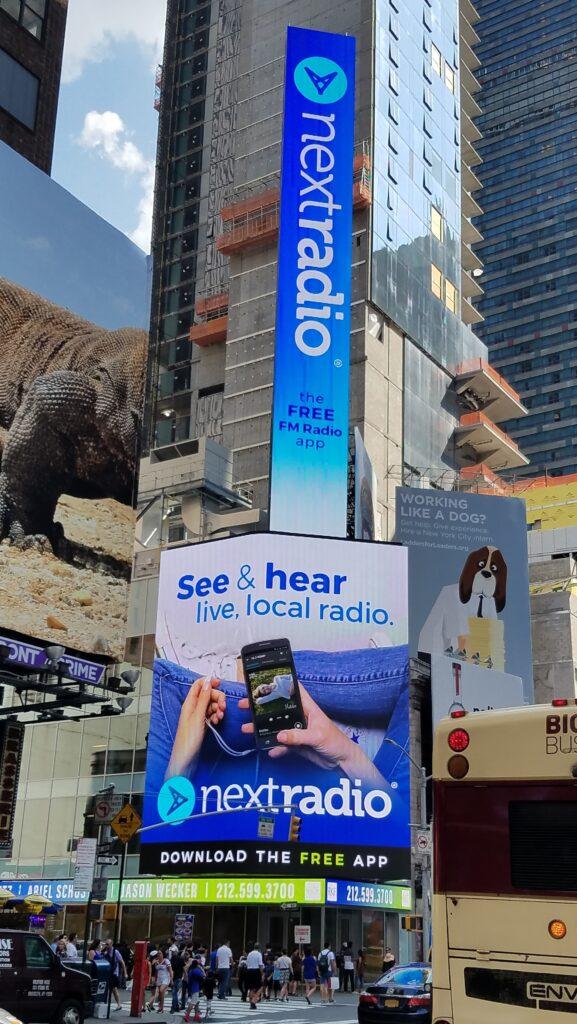 NextRadio is the free smartphone app that lets consumers see and hear live, local radio. If a phone has an activated FM chip, the app allows the consumer to listen to live, local over-the-air radio. If a phone’s FM chip is not activated, the app defaults to the audio stream of the radio station. The latest streaming version of the app works on all smartphones.

While the NextRadio app now works on iPhones for streaming, Apple has not activated the FM chip. Many are urging the company to turn on the FM chip to provide important local information when crisis strikes.

Had the Apple FM chip been activated during recent natural disasters in Houston and Florida, millions would have been able to receive crucial information from local radio stations. Florida’s Sun Sentinel newspaper strongly urges Apple to turn on the FM chip.

Westwood One is excited to be the first American radio network to embrace this powerful interactive platform and offer brands and agencies NextRadio mobile advertising solutions and ROI measurement.

Data is the key to NextRadio
In today‘s marketing environment, information is the oil of the 21st century and analytics are the combustion engine. NextRadio generates impressive analytics on radio campaign performance and impact, and delivers this data to brands through the Dial Report. In 2018, NextRadio tuning will even be added to Nielsen ratings.

1. Who was listening? NextRadio has detailed demographics on over a million consumers who use the app including income, education, age, sex, and ethnicity. It offers huge demographic data sets that are associated to the device ID of the smartphone.

2. Who heard the ads? It knows when ads run and which NextRadio app users heard them. The app also knows who looked at the interactive ad unit that pops up in the app, synced to the over-the-air ad.

3. Did they go to the store? Via cutting edge geo-location software, the NextRadio app knows which stores consumers have visited. By comparing shopping trips among consumers who heard the radio ad to those that did not, the lift in store visitations can be determined. NextRadio can prove the increase in store visitations among people that heard and saw the ad.

4. What did they click on in the app? When the over-the-air spot is running, advertisers can purchase a companion pop up ad unit that displays in the NextRadio app.

Consumers can easily interact with the app through one touch calls, texts, social posts, links to websites, store directions, and contest entries. Data is collected on these consumer interactions.

Radio results
Here are some recent outcomes of NextRadio campaigns:

NextRadio brings together two of the most powerful media platforms: the smartphone and America’s number one mass reach media, radio.