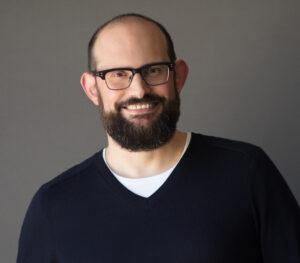 Christopher Smith is a Writer and Brand Creative Group Head at The Richards Group, specializing in producing award-winning work for clients who want to combine high-level brand building with effective, agile retail messaging. Over 25 years, this has included Motel 6, H-E-B, Zales, 7-Eleven, Central Market, and dozens more. While his experience spans all media, he’s one of the industry’s most-awarded radio creatives, with nine Radio Mercury Awards (including two Grand Prizes). His work has appeared in Communication Arts, Print, and Advertising Age, and in 2015 he was named one of Adweek’s Creative 100. Co-author of three trivia books and two-time Jeopardy! champion, he lives in Dallas with his wife and three teenaged children.

This past April, alongside Westwood One and VERITONIC, I presented a selection of audio creative best practices at the Advertising Research Foundation’s AUDIENCExSCIENCE 2019 event. My recommendations reinforced key findings from Westwood One and VERITONIC’s Audio Effectiveness 2018 Report for Creative Excellence Awards, which proved that high quality audio creative moves the sales needle.

Over my twenty-five years in the industry, I’ve written a lot of radio. I’ve listened to even more. And I’ve learned a few lessons about developing powerful audio creative that works for clients.

Here are a few guidelines for best practices that brands can use to create effective AM/FM radio ads.

Be single-minded: Say one thing

A lot of advertisers think that because radio affords you sixty or thirty seconds, they have the time to say everything there is to say about their brand. It’s why so many commercials end up sounding like laundry lists. The truth is, if you want to talk about everything, then you really have nothing to talk about.

In advertising, you need to have one thing to say. AM/FM radio’s sixty seconds of ad time just gives you the chance to say it in an entertaining and memorable way.

This ad by Snickers illustrates this point. They have one idea – you’re not at your best when you’re hungry. They spend most of the ad being entertaining, holding the attention of the audience, and serving the one central idea.

Similarly, Quikrete has one thing to say in their ad: Their cement sets quickly. The copy is in service of their one point, they say it in an entertaining fashion, and they only need 10 seconds to do it.

A radio spot is not a hotel: You don’t have to fill all the space

Advertisers think they have to take the amount of time they have and fill it up with words or music. Many forget that silence is a storytelling element, too.

Every second of an ad doesn’t have to be filled. No commercial needs to be wall-to-wall talking, sound effects, or music. Sometimes silence draws people in more

For my money, this ad from Quebec is one of the best radio commercials of the last 5 years. It balances talking and silence in a way that demonstrates the idea of a delayed reaction time perfectly. It’s a clinic of writing, casting, timing, and simplicity.

Be relatable, not likeable

There’s an exercise we do with our clients. We ask, “If your brand walked into this room as a human being, how would you describe that person?” Without fail, eventually someone around the table will say likeable.

Advertisers want their brands to be likeable because they think that translates into consumers liking them. But that’s not really the case. For brands, it’s more important to be relatable.

Think about movies. We relate to very unlikeable characters all the time. In Road to Perdition, the lead character is a murderer, a button man for the Irish mob. But we root for him, we identify with a murderer, because we relate to him and his relationship with his son.

The voiceover for this Mountain Dew ad shows that good ads don’t need to be likeable. The character is brazen and sarcastic. You may not “like” this person. But teenage boys can relate to his attitude and approach, making it an effective ad for the brand.

Jaguar had an ad a few years ago that touted the car as a favorite among James Bond-type supervillains. We might not like those bad guys, but we understand their affinity for power, control, and sophistication. Relatable, not likeable.

Create an expectation, then deliver on it with a surprise

Why do movie franchises work? Why do audiences tune in week after week to their favorite TV series? Expectation and surprise.

The secret to a great campaign is to deliver on what an audience expects from your brand and still manage to surprise them. For audio ads, specific voices, music, and sound cues set the expectation.

I’ve been lucky enough to have worked on a campaign with Motel 6 that has exemplified this idea for nearly 35 years. One of the ads, winner of Westwood One’s 2017 Sports Sound Awards, features two of the Motel 6 staples used to set up the expectation – familiar music and the voice Tom Bodett. The ad then turns on expectation with the surprise incorporation of Millennial slang.

This second example from Dos Equis also plays to the audience’s expectation with the voiceover by a well-known character, the Most Interesting Man in the World. It surprises the audience with clever, humorous copy. I could’ve used any one of dozens of ads from this campaign. They always delivered.

The Dos Equis ad is also an example of a commercial with a disclaimer. As Westwood One and VERITONIC’s research shows, when done well, commercials with disclaimers can still resonate with audiences.

The creative process is filled with obstacles: getting clearance on music, legalities in saying the name of what is being advertised, budget limitations. Conditions will never be perfect. Luckily, they don’t have to be.

The key is to look at challenges as the starting point for creative inspiration.

In this example, the Perth Opera had to advertise a musical without being able to use any of the actual songs from the musical itself.

Instead of seeing this as a limitation, they used it to their advantage and made it the hook of their joke. It’s effective because it takes their limitation and turns it into an asset.

Some ads need to address topics or products that are by their nature drier than others. That doesn’t need to be the creative kiss of death. Ads that deal with a straightforward message can be just as attention-grabbing.

In this ad, the important message CVS needs to tackle is taking medications in the correct order.

The twist is the reordering of words in the copy. This surprise makes the ad creative and memorable without garbling the message or goal of the campaign.

Ads about serious topics aren’t doomed to being boring. With one creative angle, brands can still find ways to make messages stick and stick out.

Of all the ads I’ve heard, both good and bad, few encapsulate all of these best practices quite as effectively as this spot by EuroPride, a gay pride event in Sweden.

Over the course of 7 months, a woman undergoing her gender transition recorded one line of copy after each hormone treatment. As the ad progresses, the voice gets lower. The end is delivered by the same person at the end of his transition.

This is a simple idea executed perfectly. It takes the expectation of the voiceover and conveys it with a twist. It delivers a serious message in a creative way. It’s a beautiful, effective example of audio done well.

Though there’s no one formula for developing the perfect ad, these best practices for utilizing creative elements in a strategic way are a good start. For AM/FM radio ads, creative is critical. Used properly, it drives strong business outcomes for brands and creates meaningful connections with their audiences.

Christopher Smith is a Writer and Brand Creative Group Head at The Richards Group.